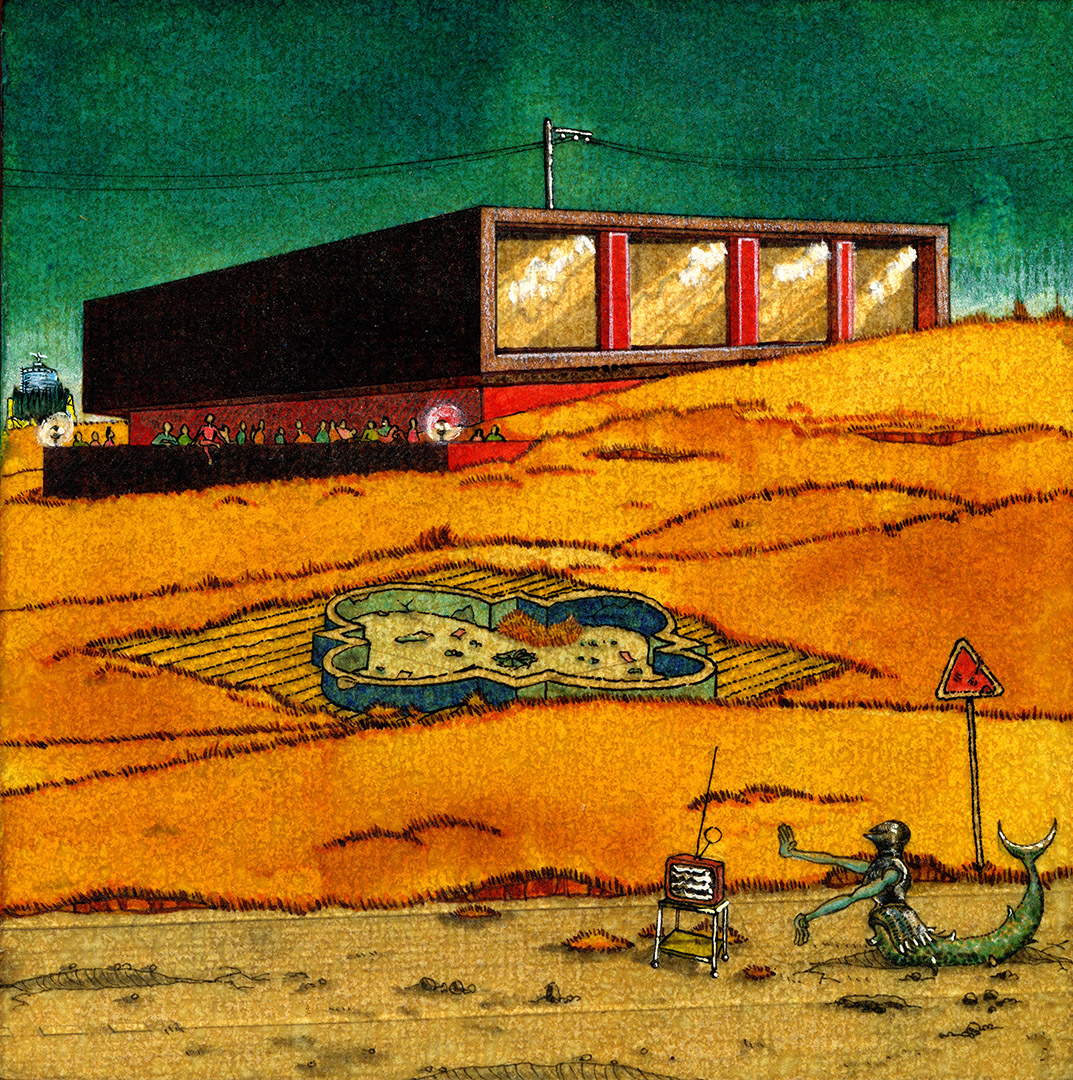 The Process – The Hidden life of people and things

The artist works in a different temporal dimension than the current moment, as his actions are based on a collective memory where the whole history of art (and not only a specific story) participates to his culture, his way of being, thus making his proposition active and connected to other needs.

I was reading the interview to Enrico Castellani while I was on the train and I immediately thought about the work of Diego Zangirolami, the young artist from Turin that we chose for the first solo show of Chiono Reisovà Art Gallery.

The collective memory told in the artworks on exhibition is jointly made of literature, architecture, mythology and history, wisely combined with the experience, passions and everyday life of the artist.

The series Il processo, already partly exhibited in Cile in the solo show of 2014, is widened and deepened today examining even more the Kafka’s universe that is the base of Diego’s work.

Precious miniatures enclose small worlds, linked to each other, where characters either real or made up live in extemporal contexts.

The creative mind of the artist, anachronistic at a first glance, contains a different temporality that is developed in a totally personal way for the choices both in the composition and the contents. Prof. Bruno Orlandoni, who has been following Diego’s work since the beginning, identifies four clear parameters to describe him as artist (pag. …)

Since the beginning we have seen in his work a quid pluris, a courage to be far beyond the fashion of the moment, that are the founding elements in the path of the Gallery and, as a consequence, of the selection of both the artists and curators. We chose Sergio Manca as co-curator for the sensibility that put him closer to the artist, sharing his thought and understanding what lies underneath his work.

The exhibition becomes an opportunity to go beyond. The artist shares with us his meticulous work that CRAG nourishes and opens to the public.

We invite you, then, to enjoy the hidden life of things and people.

The exhibition is accompany by a catalogue with critic texts (Italian and English). For more information please write to info@cragalley.com