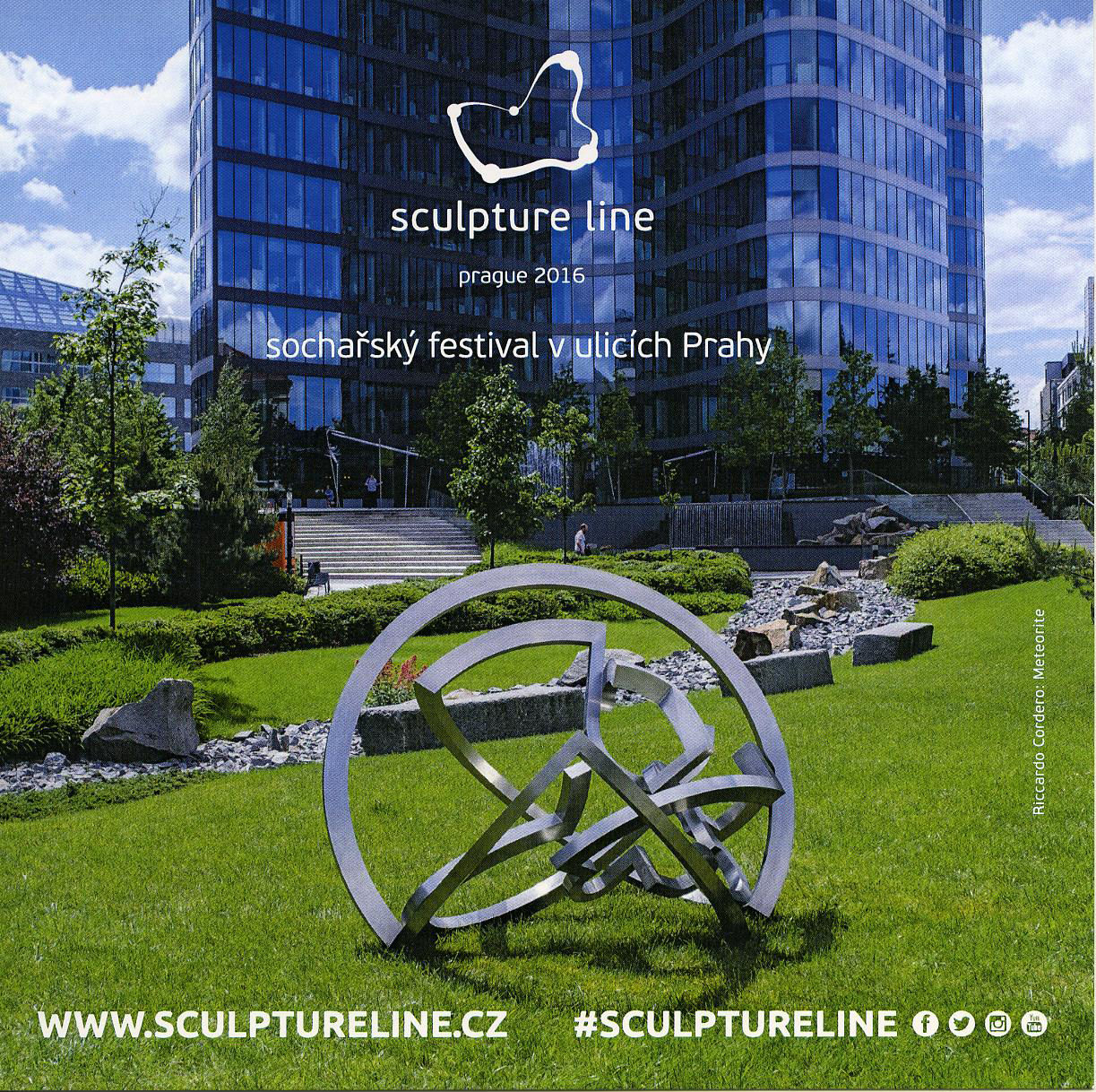 CRAG is pleased to take part to the open-air exhibition project Sculpture Line, a unique opportunity to present sculptures and art objects to both citizens and visitors of the Czech capital in an attractive setting.

We present the sculptures by Riccardo Cordero, well known italian artists, who works between Italy, China, Germany and Switzerland.

The City of Prague offers the best exhibition place, be it frequented areas or less-expected locations,
both in the centre and outskirts of the metropolis. Works of art by leading local & international
artists interact directly with the city and invite you for a walk of discovery. The aim of the festival
is to enrich the public space, offer a new view of the architectural context and, hopefully, become
a new tradition. We invite you to take to the streets where art awaits you. Join the Line, enjoy the Line!

Biography of the artist:

Riccardo Cordero was born in Alba, in the Northern Italian province of Cuneo, in 1942. After studying art at school, he graduated in Sculpture from the Accademy of Fine Arts. He taught at Turin´s First Artistic High School until 1984, and from there on he taught at the Accademia Albertina of Fine Arts in Turin, Bologna and Milan. In 1992 he was assigned the Chair of Sculpture at the Accademia Albertina of Fine Arts in Turin, where he was Head of Sculpture Department until 2000. Presently he is the President of the Associazione Piemontese Arte in Turin. Since 1960 he exhibited his works in most important national and international art shows . In 2016 he was commissioned by the City of Kluftern – Germany, to build the monumental sculpture in corten steel Energia Vitale and by the City of Haining – China, to make the big sculpture The wonderful tide in the new Sculpture Park, as winner of the Tide Competition