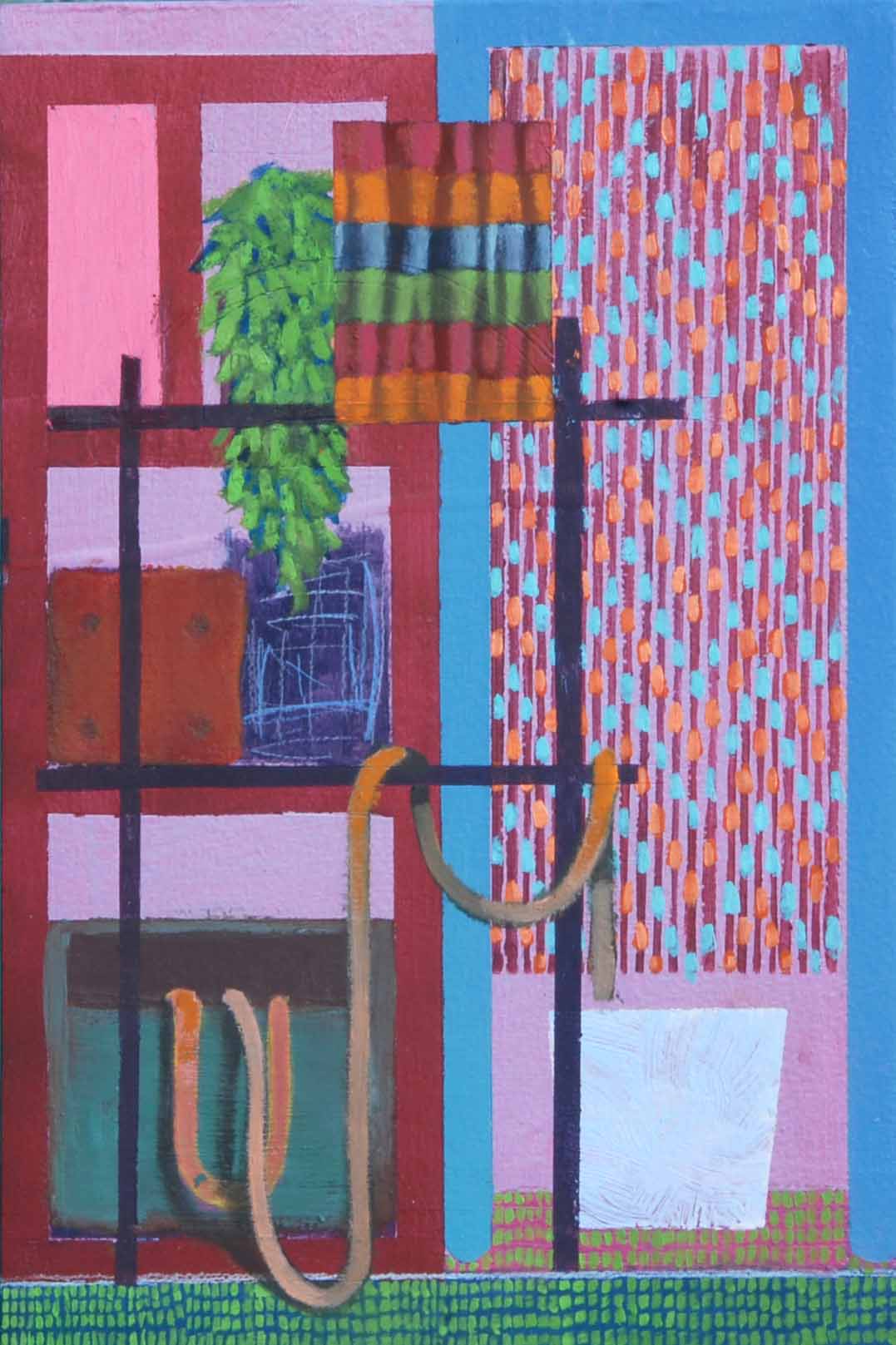 From June the 8th to July the 2nd 2017, as last exhibition of the season, CRAG Gallery proposes Fasmide, the solo show of the artist Luca Moscariello with a selection of works on table realised in the last two years.

Since ever the work by Luca Moscariello is link to ancient writing experiences: he moves shapes in a space of synthesis for extracting the stillness and the silence that they guard; he deconstructs and assembles creating different modes and creative novelty. In his work everything in the same time is moving and resting, hugging the eye in a simultaneous way by the proliferation of surfaces that aiming to be a whole. The actual impossibility to penetrate those “eteropics” spaces determines that that “everything” remains suspended in the a temporality of an infinity wait and for this reason absurd.

In this series, where Fasmide is the lead art work, the artist creates a compositional stake, that is the results of the emersion in the image and of his contemporary camouflage.

Moscariello takes inspiration from the “La conoscenza accidentale” by the great historic Georges Didi-Huberman where a chapter speaks about the Fasmidi, insects that Insects that camouflage themselves in the environment feeding themselves and fit undisturbed.

The artist starts from analysis similar to the aforementioned paradoxes and he moves himself thinking about the artwork as a very colourful writing that, through repeated excesses, loses her linearity for opening to an synesthetic impression, In which the user’s perception suffers a contamination of image, colour and sound. In the painted table everything is “hidden in a full view”, as suspended on the surface of memory.