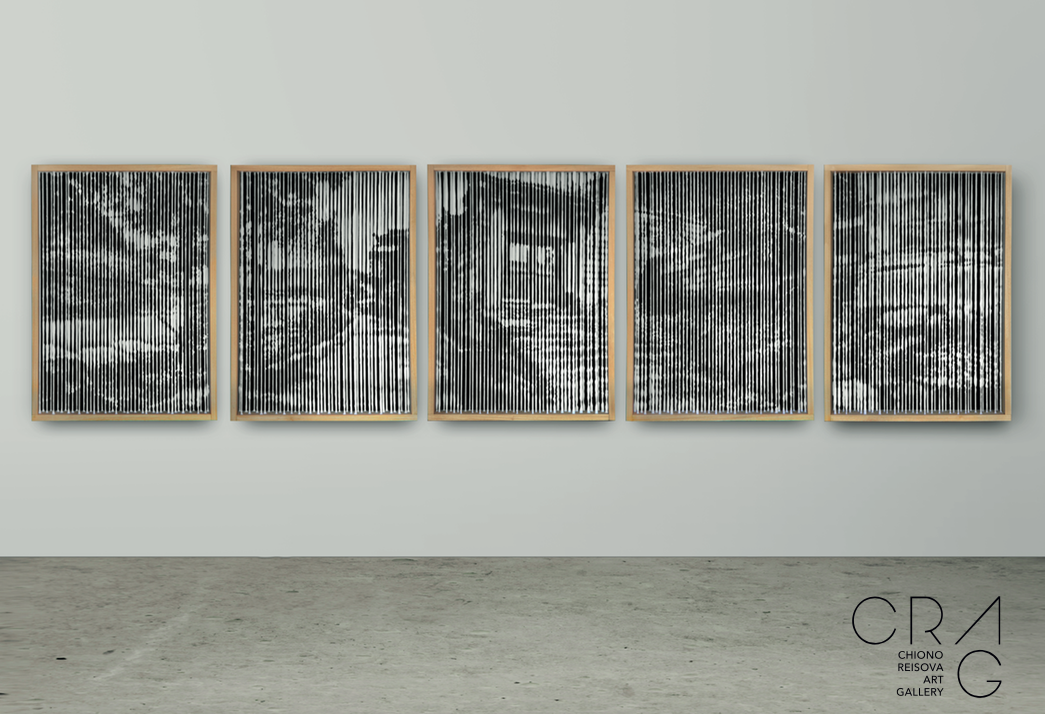 Alessandro Cardinale is an artist able to combine skills to artistic genius.

Taking a closer look at his production of the last ten years it’s not hard to appreciate the originality, the exquisite technique and the aesthetic taste characterising this latest series of works, titled NU SHU.

The works presented in a solo exhibition at Chiono Reisovà Art Gallery are merely a recent fraction of a much wider work that the artist has been developing over the past three years, first shown at the Biennial Italy/China of Turin and of Beijing, a city, the latter, cherished by the artist after winning in 2012 the 5th Edition of the International Biennial.

The NU SHU series takes inspiration from a secret language born in the Hunan in China. With 1.500 characters, through particular embroideries on cloths and fans, women could communicate to each other through a symbolism represented mainly with verses, then rediscovered and studied during the Fifties, but soon forbidden by the communist party. Today, even though it is taught in some schools in Hunan, there are only three women left able to read it, write it and speak it and the danger is that it could completely disappear.

“Not knowing men’s alphabet they created an original writing system to pass on the songs of their childhood, to confide to their friends their most intimate thoughts and pains. They were helped by the existence of a special solidarity among women: in this region, in fact, the ancient tradition of the Jiebai Zimei existed, the “sisterhood oath”, that since the adolescence was able to create bonds stronger that those of blood. […] Another rare aspect of Nu Shu writing is that it is almost completed expressed in verses, as its oral origin were the songs of women working together at home spinning, sewing cloths, making shoes” (from “The language of women” by Federico Rampini”).

Focusing back again on the artist’s work, apart from his affection for China and its culture, the installations are a clear reference to this secret language: the material recalls the fans and cloths where Nu Shu was written, while the optical illusions and the industriousness of the work reinterpret the complexity and the mystery that characterised it for centuries.

I’ve been following Alessandro Cardinale’s work for years waiting for the right time to finally present it to our public.

This solo exhibition at Chiono Reisovà Art Gallery is the perfect opportunity to present it to new collectors and art aficionados, I’m sure that many will share my enthusiasm.