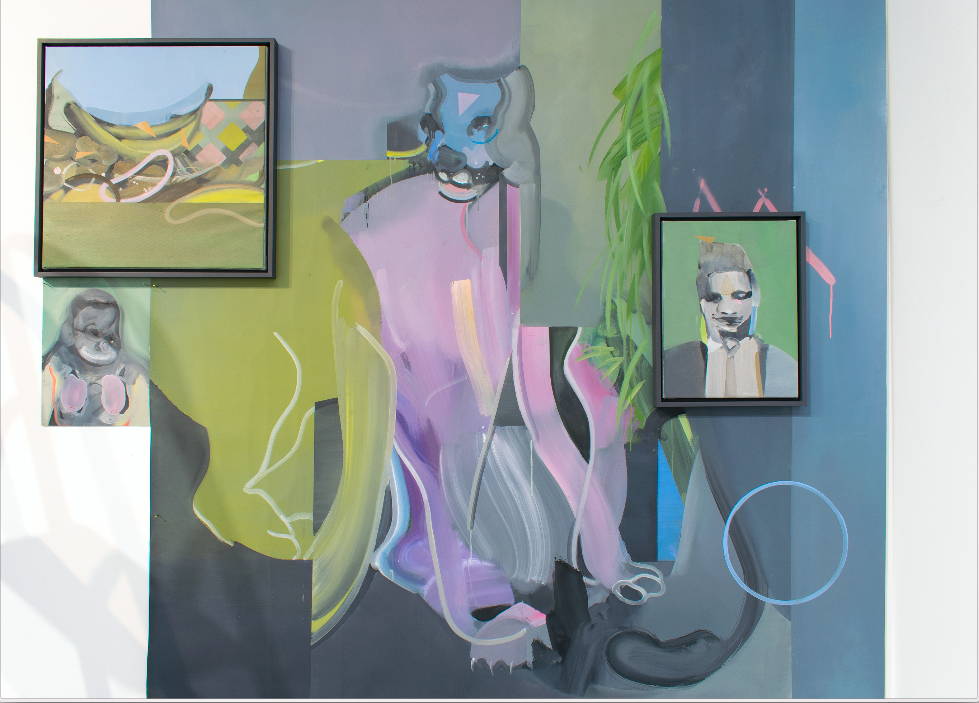 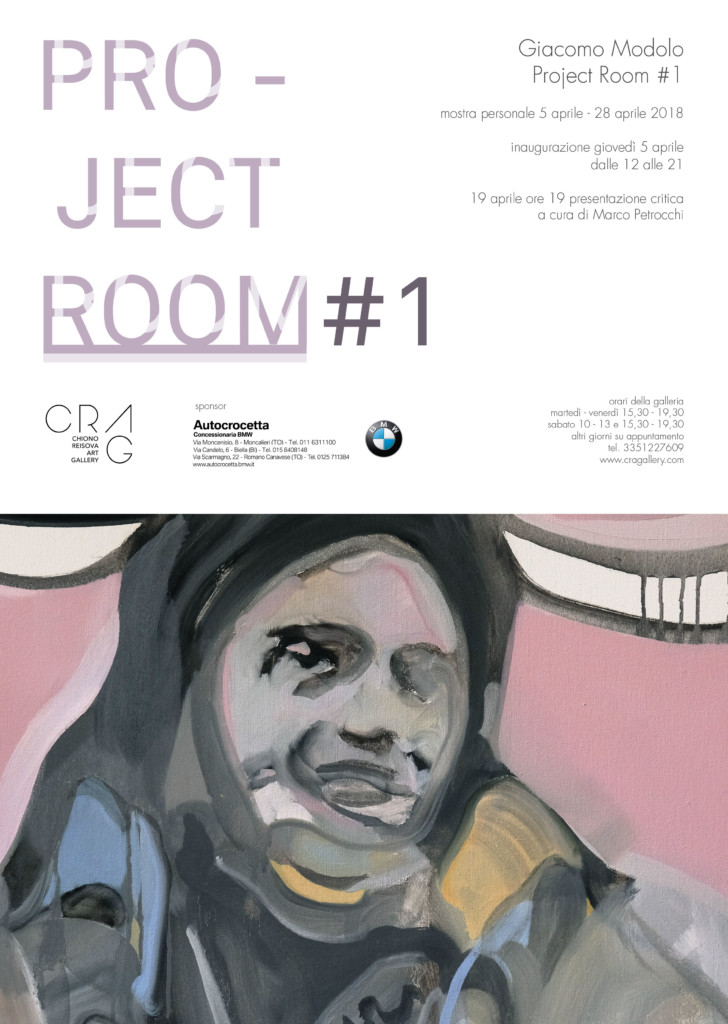 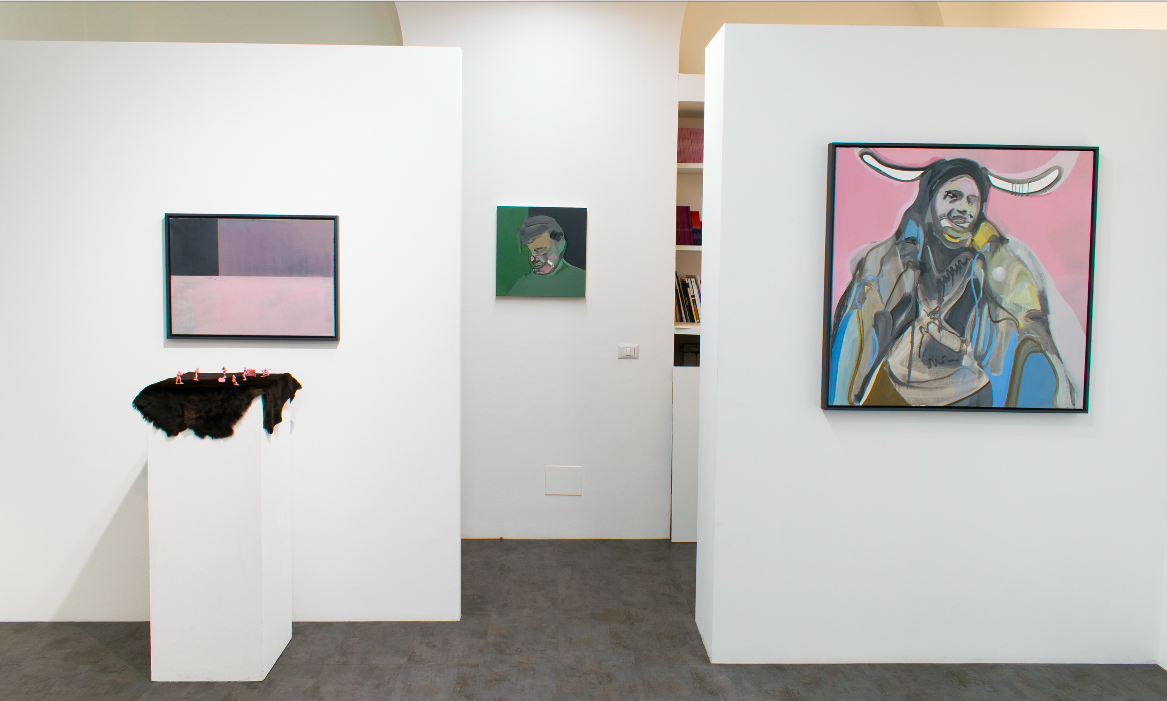 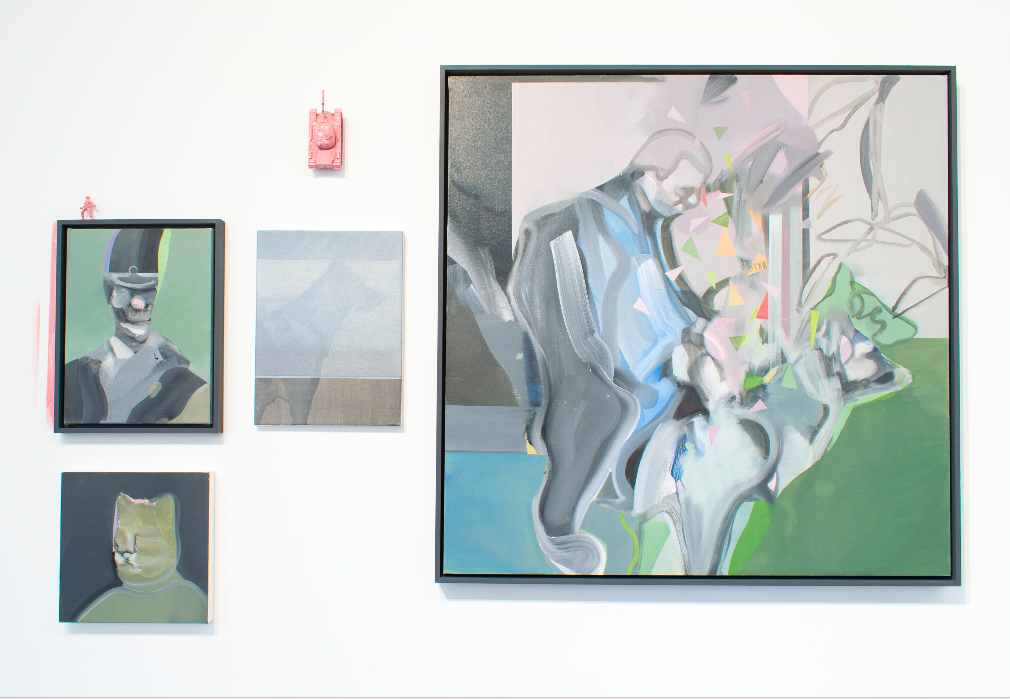 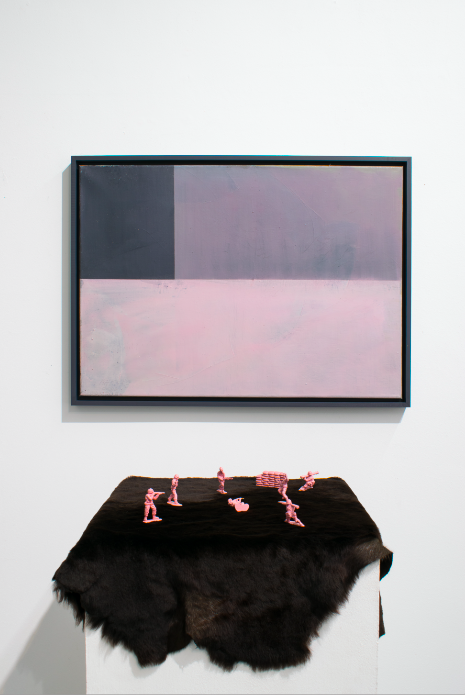 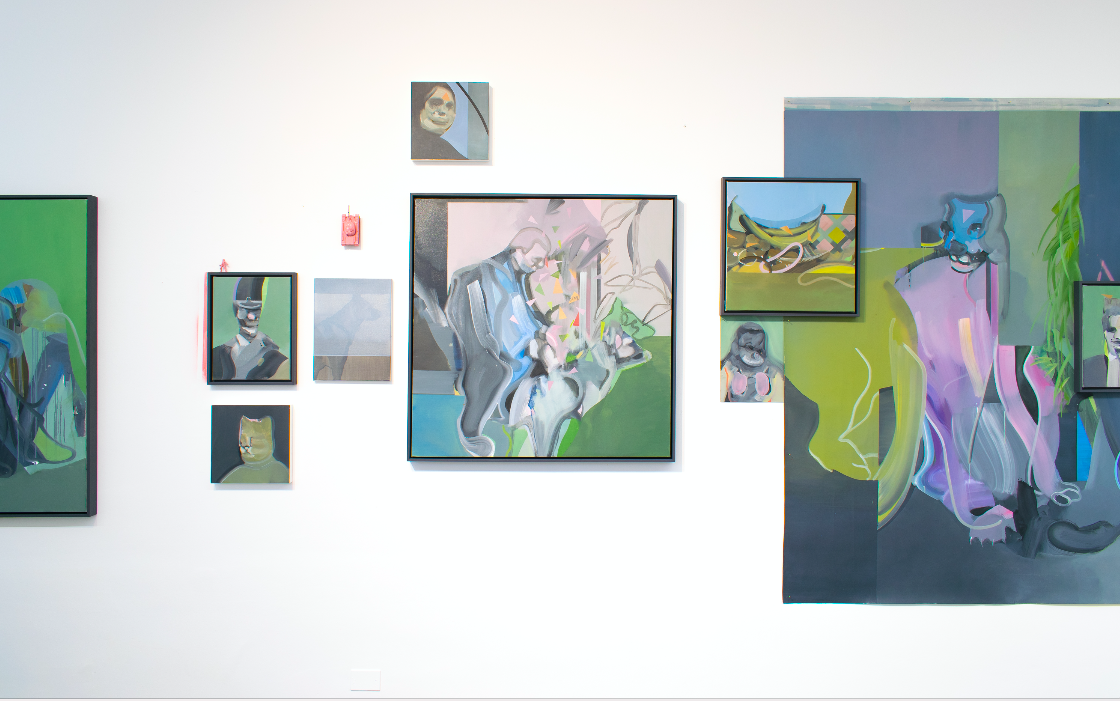 Thanks to the Project Room of Giacomo Modolo we can overcome the opposition between the life of the creative process and the loneliness of a single work from which the artist has to part, leaving it alone in the moment of its presentation. No axiom to show and then impose on the viewer. What can be seen is that evidence that otherwise would not be visible, the articulating of a process that is at the same time creative and narrative, a complex system of quantitative and qualitative relations making each work the extension and the same time the contraction of another. We are allowed, going through the different paintings, to follow the artist in the development of his work, the birth of his intuitions and inconclusiveness that let us down or otherwise promise something greater.

We are in a cloud unable to calculate the value of the sum of all the element presented in front of us, for we are mere hosts in a system whose richness on fecundity are still at work. It is up to us to walk through, from the real to the language itself, letting us being transported from the movement of the narrative or rather chasing it, make it and unmake it, letting it go and taking it back again in a completely arbitrary position in space. If every sign is also a symptom, the fruit of a conditioned stimulus, the character of the artist continuously emerges from the paintings, creating, though the small variations of its greys, roses, blues and greens, in an extraordinary refined syntax, the rhythm of a visual path that becomes symphonic. Where is then the fulcrum of the work? This is exactly what is tormenting us, it can be found! It must be sought and this research is a continuous aesthetic urge.

Where are we then? This Project Room is not a simple representation where an object, made in the artist’s studio, can be found. The dimension to prevail is the intimate one. The space is to be considered as something the artist cannot keep out from himself, an inner dimension where the artistic product is continuously growing, where creating means finding an origin in the work itself, dominating the self. The perimeter from where we can understand the work becomes bigger and make the surrounding area a ground for multiple actions, a scenography, a place where the work is constantly struggling between the definition of the single work and the never ending referencing to other works. The wall is not the one of the gallery anymore, a structural element converted into a passive surface whose only aim is to glorify a single painting, but it becomes the ground where the narration proceeds asking the observer to follow, to walk on its same path. If a narrative is indeed present it develops itself not in calligraphic terms, but through the instinct and the ability to stimulate those emotive functions through which the paintings must be translated. It there a text and a precise reading time? No, the chronologic evidence is denied because for the artist, in the moment of its creation, it is not a relentless flowing forward but a continuous that carries discontinuity within, doing and undoing, idleness and action, waiting and inspiration.

His habit of working on multiple paintings at the same time, the polytonal articulation of the composition, refer again to a symphonic structure: the observer is drawn into a tangle of artistic relations, in a myriad of trembles and pauses, of challenges and drawbacks, of resistances and splits, of optical glitches and tonal scores that seems like showing off these beings one after the other, one into another, in a visual path constantly inconclusive.

In Modolo’s painting the situations and the objects are interpreted as moment of pure revelation, letting out a glimpse, through blunt signs, of the underlying composition dynamics, the lyrics leaps and the nervous interruptions of the images, a syncopated and convergent reality, characterised by an instability that shows itself through fragments and mysterious effects, with discontinuities, sequences and mutations, in a disposition showing an intense passion. Everything is kept together by a tense and suffered intensity. The eye of the observer is challenged by this fragmentation, its right to clearly see through it is ignored and the frustration originating from it is exactly what can lead him to the art of Modolo’s art, to this bundle of anger and love that characterises life.