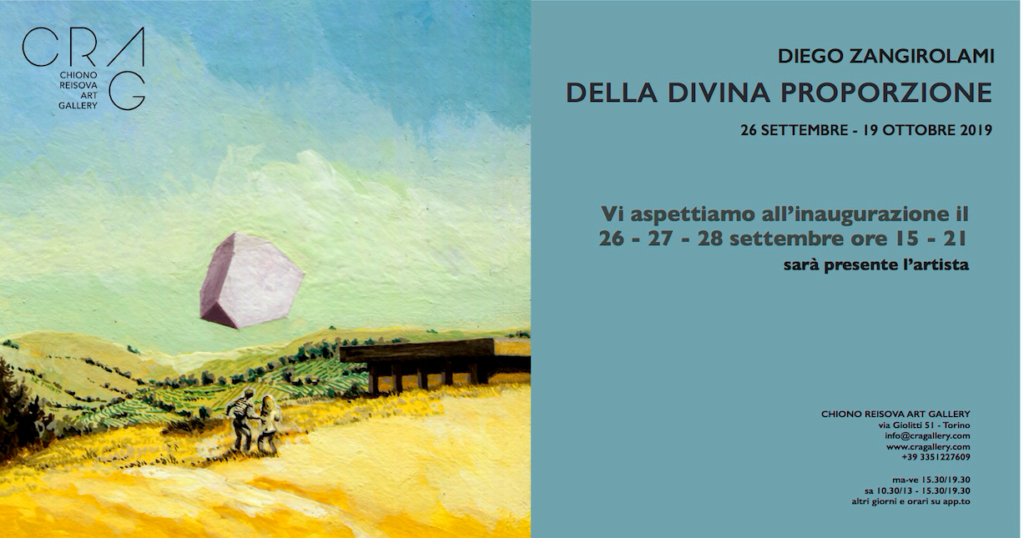 Three days of opening for the exhibition of the miniaturist artist Diego Zangirolami entitled Della Divina Proporzione, on display at Crag Gallery from 26 September to 19 October.

Della divina proporzione is inspired, for its title, by the well-know treatise of the mathematician and humanist Fra Luca Bartolomeo de Pacioli, influenced by the Euclid and Platonic writings. It is a path of discovery within the relationship between Human being and Nature through the vision of the divine. Following different channels of influence, such as male, female, animal, crystalline, molecular, shamanic, scientific, the artist-explorer discovers and reconstructs new symbols and bonds. Zangirolami imagines acts and rituals, invents new visions of the divine, reflects on his role by retracing backwards the steps that led him to take on the role of today in society. The exhibition presents itself as a collection of works from the artist’s imaginary museum. According to a universal conception of the figure of the artist, interpreter of society and the individual, Zangirolami produces artefacts and images and the collection on display is a symbolic representation of existential questions and the birth of rituals.  You could play with illusion, in a journey back from some forest or remote area of the planet that gives us objects resembling archaeological finds of mysterious populations, illustrations from logbooks, maps, masks, relics, pages potentially belonged to treatises never written, a new cosmogony.  The artist’s will put the visitor in the subtly ambiguous condition of participating in his incredible journey poised between past and present.

The exhibition will be open from Tuesday to Friday 3- 9 pm.